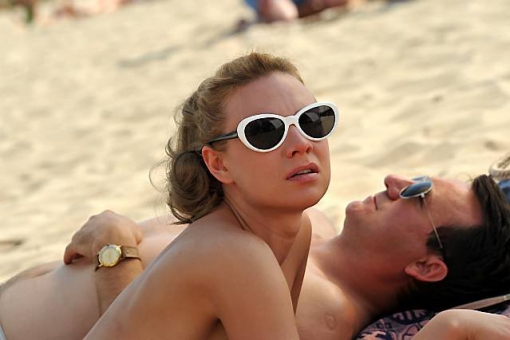 Dangerous emotional game between a respected writer, his beautiful young wife and her lover, set in the turbulent 60’s. A renowned writer (Andrzej Seweryn) has an affair with a much younger beautiful woman (Magdalena Boczarska). Despite social indignation caused by a large age difference, different education and status, the intellectual marries the attractive ‘girl from nowhere’. Blinded by his feelings, he does not suspect that their controversial relationship may not be a coincidence. He does not know that his partner has been secretly seeing another man (Robert Więckiewicz), with whom she shares not only a strong passion, but also a dangerous intrigue. Engaged in an immoral relationship with an agent, she gives him information to meant to discredit the writer. Her erotic fascination with the lover gradually turns into deeper feelings; the young woman realizes though, that she is only a tool in an organized action of the secret service.

Jan Kidawa-Błoński was born in 1953 in Chorzów. Director, screenwriter, producer, also an actor. In 1972-1976 he studied at the Faculty of Architecture of Silesian University of Technology in Gliwice. He graduated from the Film Directing Department at the Łódz Film School. As a director, he debuted in 1981. From 1990 to 1994 he was the chairman of Polish Filmmakers Association, in 1997-2001 —  the member of the board of the Independent Film and TV Producers Association. He is also the author of many TV programmes.