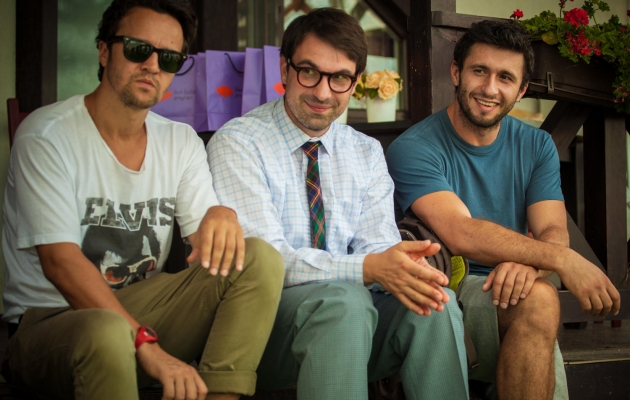 Love Building is a camp designed to mend broken relationships. 14 couples in the program have 7 days to re-design their love lives. But the 3 trainers meant to assist them have problems of their own and things gradually get out of hand. Over the course of six days, the group is challenged in various ways. Although all exercises are somewhat novel from an outsider’s perspective, none is more intimate... In an ongoing search for „happily ever after” one question pops up: „Can love be fixed in 7 days?”.

Iulia Rugină was born in 1982 in Bucharest (Romania). She has studied film directing at the National University of Theatre and Film in Bucharest, where she wrote and directed four short films during the 4 years of studies. Her student films have been screened at international film festivals in Cannes, Oberhausen, Sarajevo, Munich, Brussels and Seul. She has recently graduated from a master degree in film directing at the same university. Stuck on Christmas was her master degree graduation film.