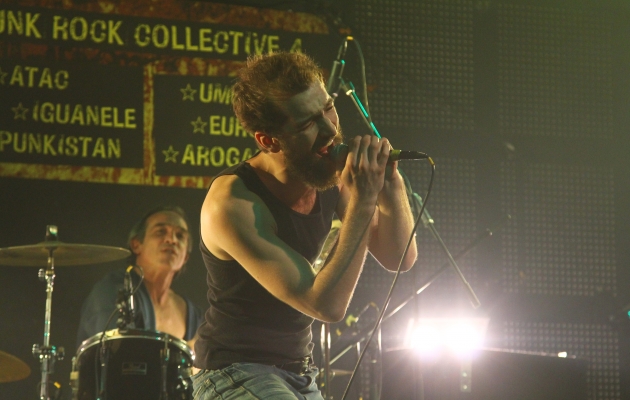 Victor, a rocker in his late forties, is ready to do anything for his drug-addicted son. He is helping the son and his anonymous rock band prepare an upcoming live concert in a bigger city. In the meantime Victor tries to rebuild his family. But his mixed up life slowly overcomes him... Maybe the only thing that is still there for him is rock music...

As director put it: “The film talks about the relation between a father and his son, about parents ready to do anything for their children. Victor, the father, is a character on the edge. His everyday life circles around his son. (...) The film follows the father beat after beat in a kind of personal labyrinth.”

Marian Crişan was born on 1976, in Salonta, West Romania. He received his bachelor Degree in Film and TV Directing at UNATC Bucharest in 1999. He directed short films like Family Portrait, Amateur and Megatron, which won the Palme d’Or for Best Short Film at the 2008 Cannes Film Festival. In 2010, his first feature film Morgen won the Special Jury Prize and Best Director Prize at the 63rd Edition of the Locarno FF and was also the Romanian entry for the 84th Academy Awards.