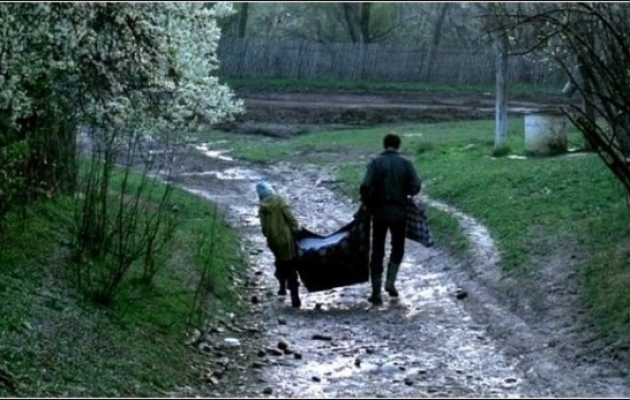 There are places, where the TV set is the only window on the world and source of entertainment. One morning, Marian, a 7-year-old boy from a poor Romanian village, wakes his father from sleep and insists to go into town to have the TV set fixed... Lampa cu căciulă tells a story about the relationship between a father and a son, and also about the meaning behind tiny details in life...

Radu Jude was born in Bucharest, in 1977. He graduated in 2003 the filmmaking Department of Media University. He worked as an assistant director for feature films shot in Romania, for example Amen by Costa-Gavras. He directed the shorts Wrestling (2003), The Black Sea (2004), The Tube with a Hat (2006), In the Morning and Alexandra (both in 2008), as well as the feature film The Happiest Girl in the World (2009) and Everybody in the family (2012).