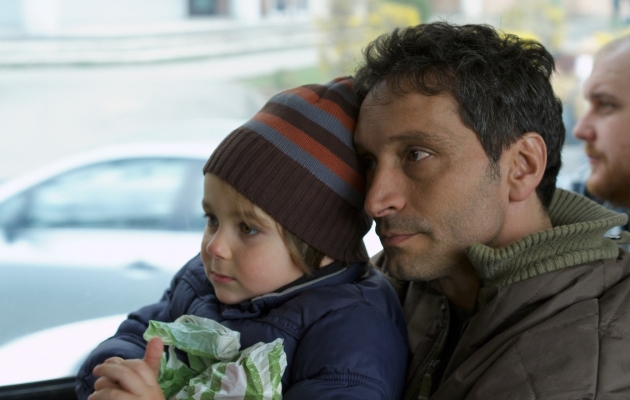 5-year-old Aron is going with his dad to the hospital. He has a plastic bag that contains a surprise for his mom, which Aron is hiding away from his dad. On the way to the hospital, the two men are wondering, which superhero would best fit the little boy — Superman or perhaps Spiderman? It turns out that the boy would use his superpowers for one purpose only... Superman, Spiderman or Batman is a story that will move everybody.

Tudor Giurgiu was born 1972 in Cluj-Napoca, Romania. He graduated from the Theatre and Film Academy in Bucharest in 1994. He was President of the Romanian National Television, TVR between 2005 and 2007. Tudor Giurgiu is also a director of music videos and has made documentaries. Giurgiu owns Librafilm, an independent production company and is the initiator and President of the Transilvanian Film Festival.