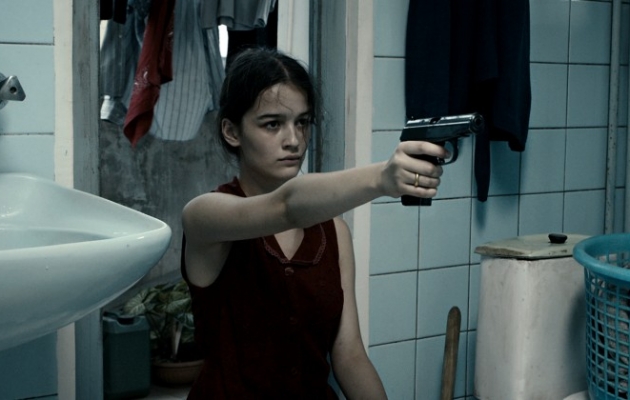 Early nineties, in Tbilisi, the capital of the newly independent Georgia after the collapse of the Soviet Union. The country is facing violence, war on the Black Sea coast (Abkhazia) and vigilante justice that plague society. But for Eka and Natia, fourteen years old inseparable friends, life just unfolds; in the street, at school, with friends or the elder sister. Eka is growing up without her father,

rebelling against her concerned mother and her older sister. And Natia’s father, an alcoholic, terrorises the entire family. Although they are already dealing with men’s dominance, early marriage and disillusioned love, for these two girls in bloom life just goes on.

Nana Ekvtimishvili studied dramatics and script writing at the filmschool in Potsdam-Babelsberg, Germany. After writing prose and screenplays, she directed the short film Waiting for Mum in 2011. She founded also her own production company POLARE FILM.

Simon Gross studied film directing at the filmschool in Munich, Germany. After directing several short films, he shot his first feature film Fata Morgana as a director in Morocco 2006. He founded his own production companies in Germany and Georgia.