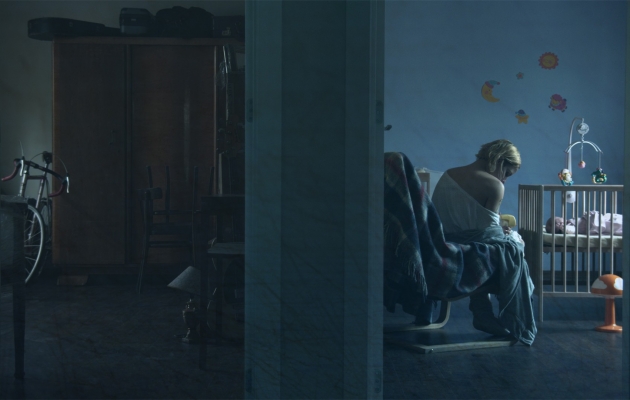 Loving is a film that tells a story about complicated relationships between two married 30-year-olds, who seem to have everything they could wish for. Maria has a successful career in the Town Hall, while Tomek has also found fulfilment in his job. They are arranging a flat and expecting a baby. Their relationship seems to be unshakeable. However, Maria has not told her husband about a certain shocking event, which is affecting both her, and their relationship. Their love is to face a long-term test... Both are lost and drifting away from each other, more and more. How much can they stand and what does the word “love” mean to them now?

Sławomir Fabicki was born in 1970, in Warsaw. He is a Polish director, screenwriter, and a member of the European Film Academy. He graduated from studies in screenwriting at the Film School in Lodz, in 1995, and from the Faculty of Directing, at the same school, in 2002. He was the director of, among others, A Man Thing (2001) — a short film that won many awards and was nominated for Academy Awards – and a feature film Retrieval. He has also directed TV shows and social commercials, including among others the “Childhood without Violence” campaign.