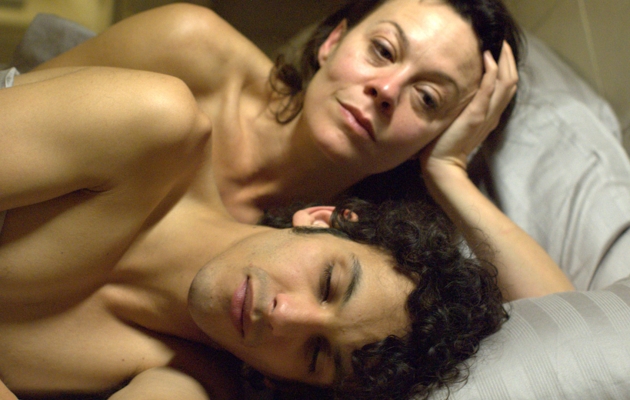 Frankie is part of the war-machine, a successful aerospace engineer designing drones for the military. Then she meets Kahil, a French-Algerian student. They embark on a passionate affair and for the first time in her life Frankie utterly, thrillingly, loses control. One morning at work, she’s detained by the security services and told that Kahil may not be quite what he seems. She finds that she has crossed a line of safety into a nightmare world of suspicion and accusation. Realising how little she knows of this man, Frankie determines to find out the truth, only to discover to her cost that betrayal always comes from those closest to us.

Katarzyna Klimkiewicz was born in 1977 in Warsaw. She is a graduate of the Polish Film School in Lodz and an alumna of the Binger Film Lab in Amsterdam. Since 2000 she has collaborated with Polish National Television on many projects, including her documentary, Krystian Lupa’s Labyrinth. Klimkiewicz is also president of Young Polish Filmmakers Association FILM 1,2, in connection with which she has been highly active politically to improve funding for emerging filmmakers. She is also a member of the European Film Academy and an assessor for the Polish Film Institute.