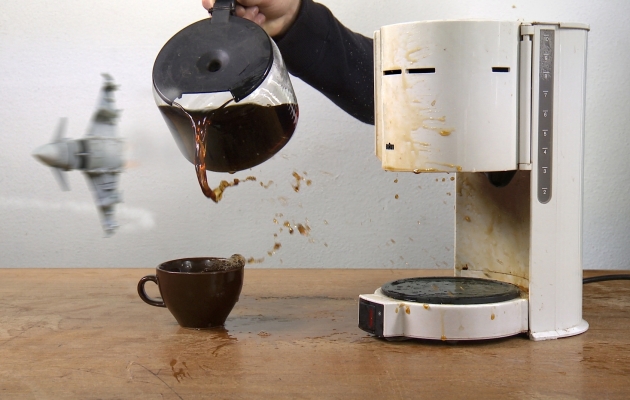 The level of media saturation we’re bombarded with creates an absurd distortion and distance between our daily routine and current affairs. Démontable explores this bizarre melange of realities by throwing the two worlds together: attack helicopters shred a newspaper, while a dinner plate suffers a drone strike...

Douwe Dijkstra graduated in 2005 from the ArtEZ institute of the Arts in Zwolle. His graduation film The Washing Machine won several prices, including the TENT Academy Award. In 2006 he helped start Festina Lente Collective.