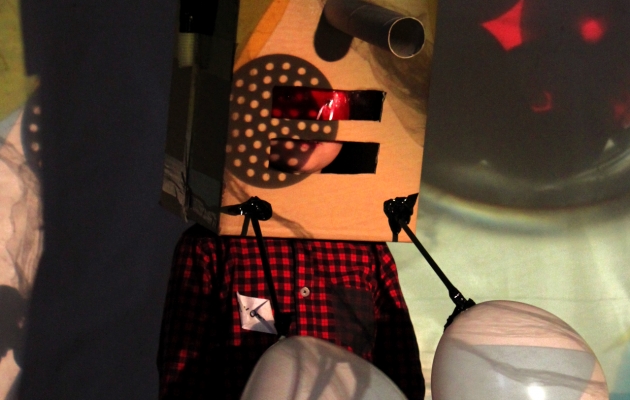 MOVIEPLAY! is a very creative form of education addressed to children and youth that accompanies the TOFIFEST International Film Festival.

It is a transdisciplinary project that is comprised of actions focusing on broadly-defined cinema, photography, sound, image editing, and including some forms of artistic actions and photography practice. MOVIEPLAY! popularises knowledge about cinema, defined as a synthesis of arts, as well as makes it possible to become familiarised with the multi-aspect and complex artistic process that accompanies visual arts.

Breakfast on the Moon! Cosmic dystopia 2033!

This time Movieplay! Crew will land on the Moon, in a distant future, in order to track down parallel realities, alternative worlds, and time loops. When making a popular science film show in the spirit of science fiction films, we will be aided by the cosmic elements of para-psychic powers and a regular contact with alien civilisations. When designing sound to accompany the film, we will make use of the analogue cornucopia of science-fiction themes and hear something that is considered inaudible — we will record the cosmic music of the electromagnetic field. Come on board with us! 3, 2, 1… Go!!! 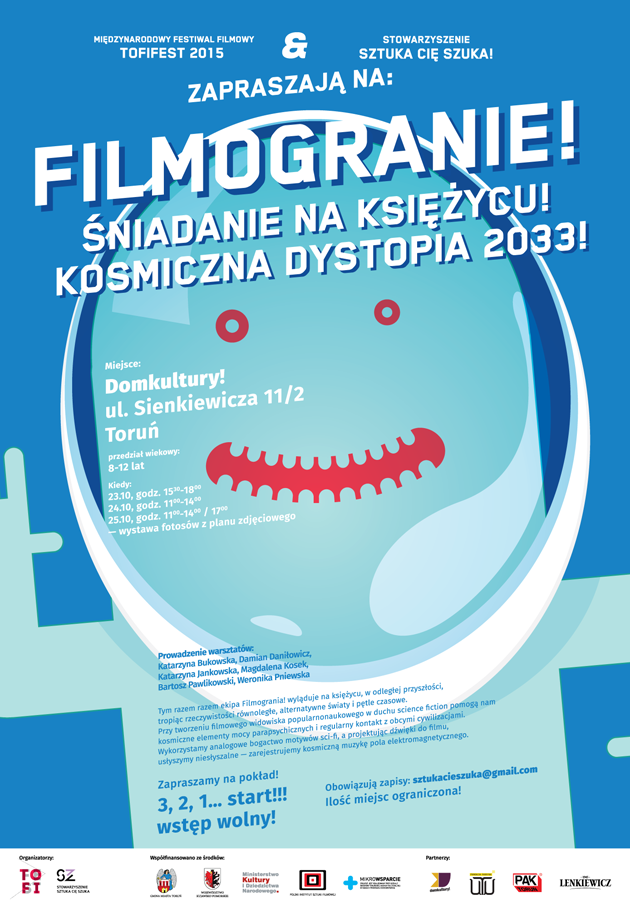