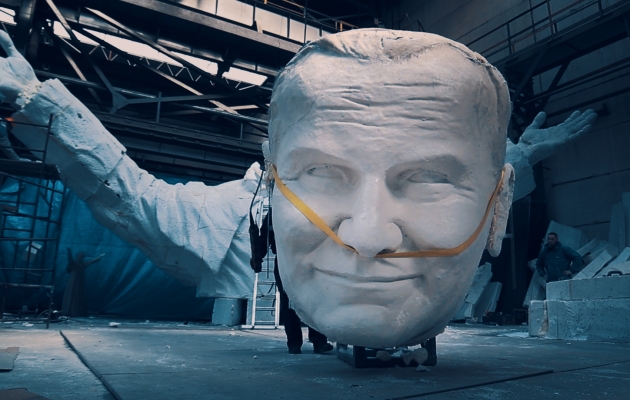 Everything around is white and windy. We see a white figure coming from behind a curtain of snow and setting off on a trip. It passes cities, villages, and houses. Finally, it reaches the peak of a mountain and finds itself among artificial spiders and autodromes. Figure is a surrealistic story about myth creation, religious kitsch, and desire to be great. Who is the main protagonist here? The biggest resident of the Miniature Park of Sacral Monuments...

Katarzyna Gondek is an author of films and literary forms. She was born in Kłodzko, in 1982. She has graduated from the Adam Mickiewicz University in Poznań and also finished the DOK PRO Documentary Programme at Wajda School.