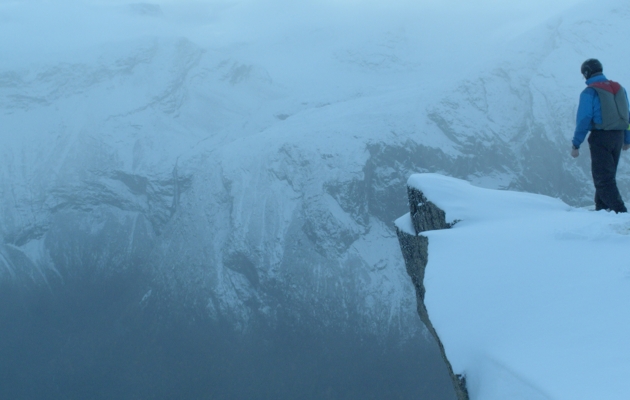 Joachim is retiring from base-jumping to become a father for the first time, but first he goes on one last adventure with his best-friend Øyvind. When a storm approaches their friendship is put to the test; Øyvind want’s to turn back, but Joachim will apparently stop at nothing to pull off his very last jump.

Aslak Danbolt (born in 1980 in Bergen) studied Documentary Directing at Lillehammer University College. He earned an MA at The London Film School in 2014 with the thesis film Last Base. He’s now living in Oslo.