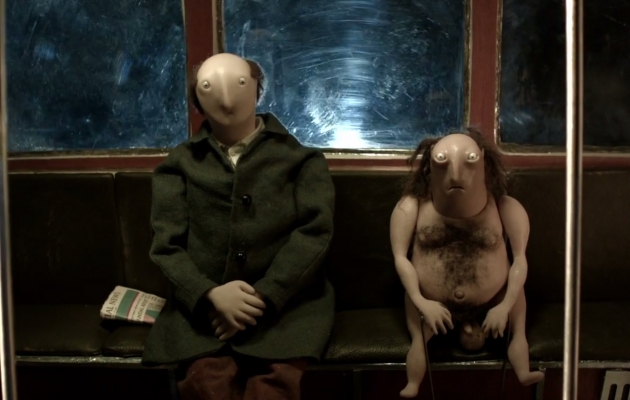 Glen is barely a man. In a desperate attempt to tap into his masculinity he attends a primal scream therapy session, surrounded by wailing men he cannot even make a sound. When another member of the class pushes Glen too far he finally lets something out...

Simon Cartwright — in his first year at the National Film and Television School in Beaconsfield, he experimented in working with live action puppets controlled from beneath the set. This project became the basis of manOman, combining puppetry with digital facial animation.