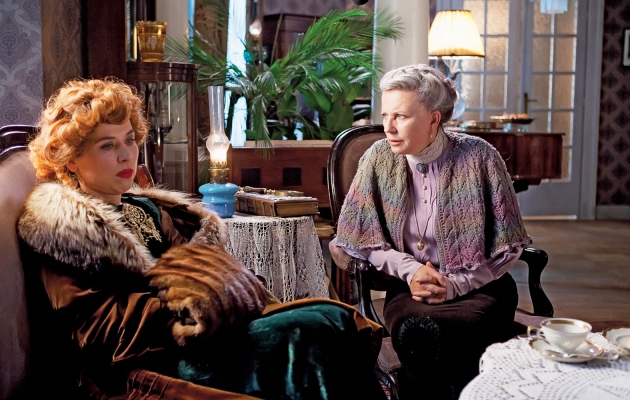 Rainer Dulsky (Władyslaw Kowalski), professor of psychiatry from Switzerland, comes to visit Melanie (Maja Ostaszewska), grand-daughter of Mrs. Dulska (Krystyna Janda). Melanie has a feeling that it has something to do with the tenement house occupied by the Dulscy family. Melanie, a film director, is so fascinated with the history of her family that she decides to join him in his investigation. As more and more discoveries come to light, they are taken back to a past full of secrets that were supposed to stay buried for ever... The Dulscy family have a lot to answer for...

Filip Bajon was born in Poznań, in 1947. He is a film and theatre director, screenwriter, and author of literary work. Back in 1990s, he was the director of the “Dom” Film Studio, and in 2015 he was chosen to be the director of the “Kadr” Film Studio. He is a board member of the Polish Filmmakers Association. He is a teacher at the Krzysztof Kieslowski Faculty of Radio and Television University of Silesia in Katowice and at the Lodz Film School. He has been the dean of the Film and Television Direction Department, at the Lodz Film School, since 2008.