Pigeon Sat on a Branch Reflecting on Existence, A 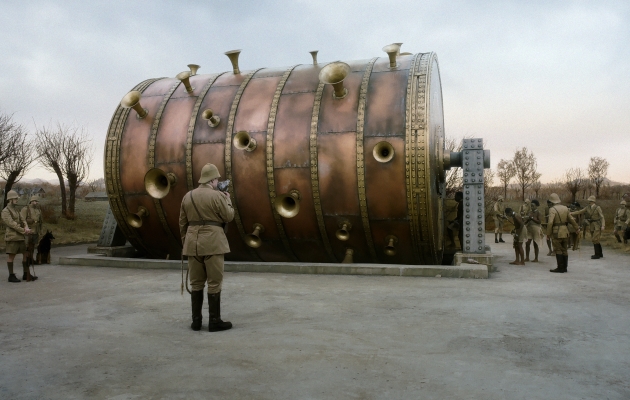 Sam and Jonathan are two door-to-door salesmen, who are going to take the audience for a trip through a kaleidoscope of human fortunes, as if they were Don Quixote and Sancho Panza of today. This trip will demonstrate the beauty of some moments and the triviality of others, as well as humour and tragedy incorporated in human nature, and finally the greatness and fragility of human beings. The title of the film makes reference to the birds depicted in the “The Hunters in the Snow” painting by Pieter Bruegel the Elder, as they are observing the world from above and seem to be thinking: “Who are people?”, “What are they after so much?” Similarly to other films by this director, this one is a series of episodes that have their culmination in absurd visions, full of both black humour and tragedy.