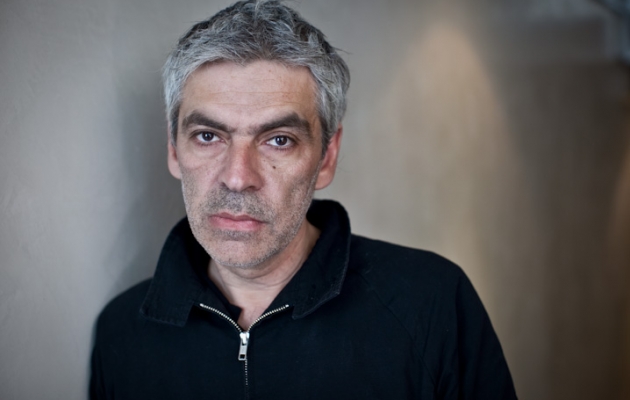 He is referred to as Samuel Beckett of world cinema and a provocative poet of the screen. Pedro Costa is considered to be one of the most prominent Portuguese film directors of modern times, and he is the central figure of the Forward retrospective.

Since the 1980s, Costa has been consistently creating his artistic work. While studying history at the University of Lisbon, he took partin practical courses at the Lisbon Theatre and Film School (Escola Superior de Teatro e Cinema). Later on, he worked as an assistant for a number of Portuguese film directors, including, among others, João Botelho and Jorge Silva. What brought him international fame was his films about the life of poor immigrants living in slums on the outskirts of Lisbon. His films go beyond the boundaries of cinema, as his protagonists are portrayed with intimacy, and thanks to using precise editing cuts and his will to take risks, all of which often baffle the audience. “We film at the edges and we stay at the edges,” said Costa commenting on the reception of his films.

Ossos (Bones, 1997) is the first film of the Fontainhas trilogy, in which the director explores the subject of pregnant teenage girls, who live in the poverty-stricken district of Las Fontainhas. When a young mother tries to struggle with her new duties, the naive father uses the child as a prop to beg for money on the streets of Lisbon. Ossos introduces Vanda Duarte, who has also been cast for In Vanda's Room, the second part of the trilogy. In the second part, the director focuses on two women addicted to drugs. He is very realistic in portraying the story of two female immigrants, who cannot hope for a better future. The film received many honorary mentions, as well as the Don Quijote Award and the Young Jury Award at the Locarno International Film Festival. Just a couple years later, the Portuguese director returned to the slums of Lisbon with Colossal Youth, which completes the trilogy. Venture is a worker from Cape Verde, who must confront his own memory. The film had its première in Cannes, in 2006, and was recognised by American critics from the Los Angeles Film Critics Association (LAFCA), who awarded it with the Douglas Edwards Special Award for an independent experimental film. The main protagonist in Horse money, his latest picture, is a 60-year-old Ventura, a representative of the working class from Cape Verde. It is the very same character that we could see in Colossal Youth. The film is yet another occasion for Pedro Costa to ponder upon the stormy past of his home country and its fragile future. Horse money was ranked the third best film in the world, according to the “Sight & Sound” magazine and it was the winner of the Locarno IFF 2014.

Pedro Costa has been faithful to using documentary observation for many years now, and at the same time not abandoning poetic metaphors, which makes it possible for him to aestheticize ugliness and explore current topics, e.g. the problem of immigrants in Europe, in an unexpected way.