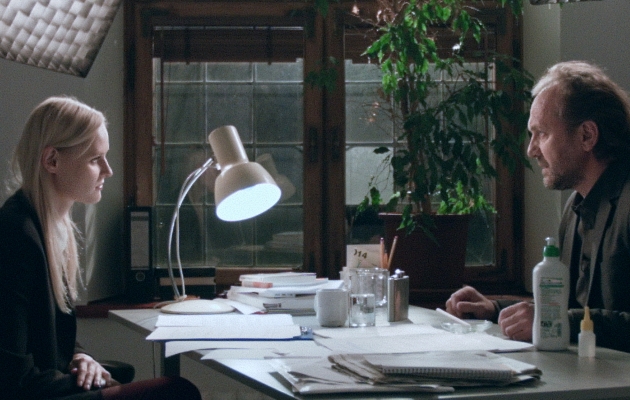 Photon sort of sums up our knowledge about life and evolution. It is a visualisation of our current knowledge about the process of creating matter. However, it is not a nature or scientific film per se, if by that we mean the popular format from Animal Planet, for example. Instead, it is a fictionalised and dynamic presentation of scientific theories pertaining to the mechanism of the Universe, which is both original and interesting to watch. The first part of the film is dedicated to the creation of matter, stars, and planets. In the second part, the narrator discusses what we know (and do not know) today about the creation of life. The last act of the film shows the future in the form of a TV programme watched by a couple, Emilia and Wojciech. The programme is about predictions for the future that are based on the current trends in futurology.

Norman Leto is an artist, who combines video art, film, and new media. In 2007, he had his first individual exhibition of artistic work at the Centre for Contemporary Art Ujazdowski Castle in Warsaw. In the same year, the author was invited to cooperate with theatre director Krystian Lupa on Factory Two theatre play, in which he created video sequence, which were displayed during stage performances. In the years 2009–2010, Norman Leto worked on completing his auto-biographical novel titled Sailor. At the same time, he was working on a full-feature film under the same title.