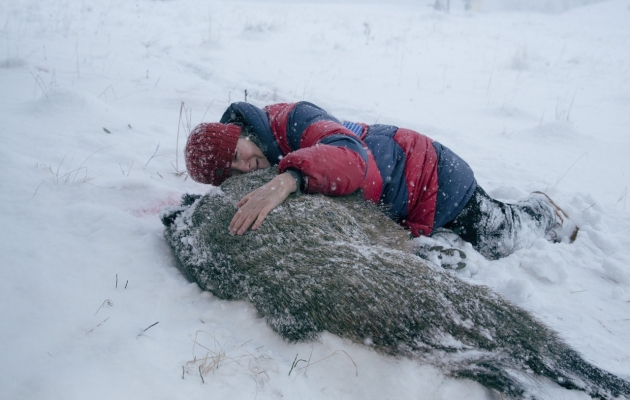 She was once a bridge constructor in Syria, but now teaches English in a village school, reads the stars, and talks to animals. During one snowy night, Janina Duszejko finds the body of her neighbour, a poacher. The only tracks around his house have been made by... roe-deer.

Soon, other local personages die in unexplained circumstances. They all shared passion for the same thing: hunting. The police are looking for a culprit. Duszejko starts her own investigation, which will bring surprising conclusions. Would it be possible for the hunters to become the hunted?

Agnieszka Holland is a film and theatre director, a screenwriter, and one of the most recognisable figures of Polish cinema. She has lived and worked in Western Europe and the USA, since 1981. She has received numerous awards for her film work, and also received the Medal for Merit to Culture – Gloria Artis in 2008.

Kasia Adamik is a film director, screenwriter, producer, and a visual artist. She has graduated from the Paris Academy of Art and from the prestigious Institute St. Luc in Brussels. She is a member of the Polish Film Academy.