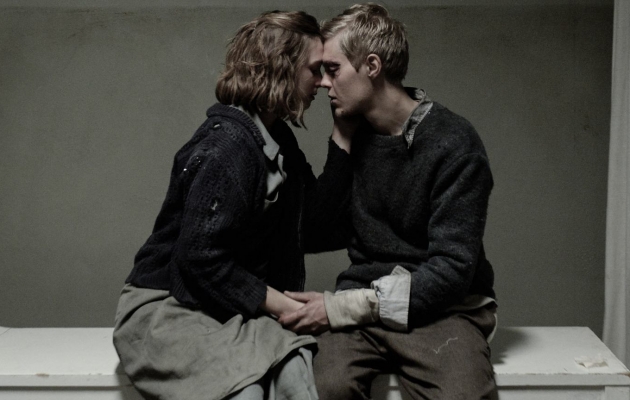 It is 1945. The war is about to end. The Security Services (SB) of the People’s Republic of Poland set up a labour camp for Germans, Silesians, and Poles, in Świetochłowice (in Silesia). Under the pretence that they intend to punish traitors to the Polish nation, the Secret Political Police (UB) carry out a purge among “those with an unfriendly attitude towards the Communist rule”. Franek (Julian Świeżewski), a young boy, volunteers to work in the camp. He has a secret agenda to save Anna (Zofia Wichłacz), because he is in love with the girl. What he does not realise, though, is that one of the people put in the camp is Erwin (Jakub Gierszał), a German and his friend from before the war, who has also secretly been in love with the girl for quite some time…

Franek joins the Communist fraction, in a naive effort to cheat the system. It takes merely a few days for Franek to become disillusioned. As time goes by, he starts to realise that he will have to sacrifice everything to save his beloved Anna.

Maciej Sobieszczański is a screenwriter, playwright, and director. He is an expert working for the Polish Film Institute, a teacher of the Development Lab programme and the new SCRIPT Screenwriting Programme at Wajda School, as well as a teacher at the Directing Department of the Lodz Film School.