Oversimplification of Cinema: Is it laziness or necessity?, The

A Discussion Club, Essentially at Tofifest 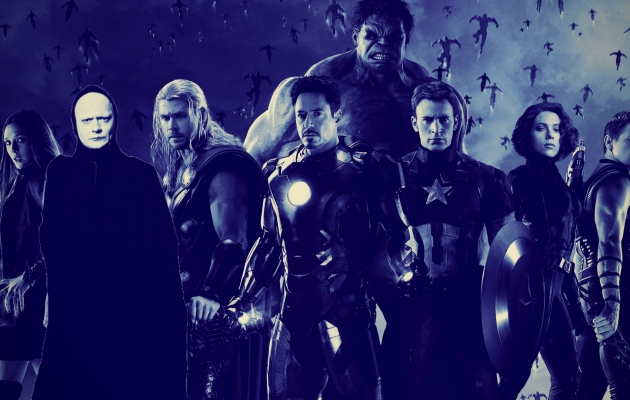 During its fifth edition, members of the Discussion Club, Essentially will have a meeting, as part of the 15th edition of the Tofifest International Film Festival, in order to discuss the state of cinema, for a change.

“The Founding Fathers” of the Discussion Club, Essentially, i.e. Mateusz Lapinski and Jaroslaw Jaworski, would like to invite all to discuss the issue of the growing oversimplification of cinema. In addition, they would also like to ascertain, whether the phenomenon results from laziness (because it guarantees easy money from film production), or from necessity (as international audiences have become so infantile that they are unable to intellectually process more ambitious content). The discussion lasts exactly 90 minutes. Actually, it is the exact length of a standard full-feature film. The Discussion Club, Essentially will have special guests: film-makers paying visit to Tofifest. Admission is free, as always. Club Etiquette is de rigeur, during the meeting.

The Discussion Club, Essentially is a space created for discussing different issues face to face, which means that it is a form of an interpersonal contact, which is becoming largely obsolete in the world of today. It is an unofficial discussion forum created by two people from Torun, i.e. Mateusz Lapinski and Jaroslaw Jaworski, who have summed up its purpose in a single phrase – “We wish to bring people together, instead of creating new division lines.”

It is quite difficult to explain the concept behind the Club, because it is extremely simple. Two people came up with an idea that it was worth starting to organise meeting of open-minded people, in order to discuss important topics. Quite surprisingly, people do attend meetings organised by the Club and discuss various things: Poland, Poles, principles, or meanings. Moreover, all that without any “support” from political parties, institutions, or business organisations. They simply come and talk.

The impulse to create the Club came from a certain sharp discussion held on Facebook. When the emotions had cooled down and the sounds of battle had faded away, Mateusz and Jarek concluded that it was time to talk to start talking normally to each other, and eliminate the divisions that ruin Polish society, despite the fact that both of them had a completely different perspective on the world.

Starting in April of 2017, the Discussion Club, Essentially has already become an important forum for exchanging views and opinions, without prejudice or hatred, on the map of Torun. As usual, the Club holds its meetings once a month, in Cafe Wejściówka located in the Wilam Horzyca Theatre in Torun. The Spirit of the stage patron – Wilam Horzyca – watches over us. The rules of discussions are compiled in the Club Etiquette, the following of which is the only condition to participate in our discussions.

Anyone can participate in our meetings, regardless of their views, religious beliefs, or the colour of their skin. What we do not approve of is only aggression and intolerance, as the Founding Fathers have declared.

It is an apolitical, grassroots Club (it operates without any support/custody of any political party or organisation), which charges no fees (moderators and guests receive no remuneration, and everybody can enter for free).

Discussing various topics face to face, without the help of the Internet, is slowly becoming a rare commodity, in the second decade of the 21st century. This “old” method of interpersonal contact is so simple that it is almost innovative. The logotype of the Discussion Club, Essentially is two thumbs turned in the opposite directions. They are as different as the views held by people in Poland, and that is exactly the reason to talk about them, instead of fighting for them.