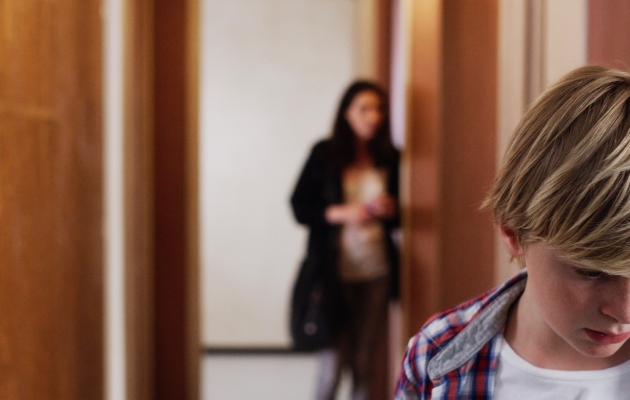 Miriam and Antoine Besson have divorced, and Miriam is seeking sole custody of their son Julien to protect him from a father she claims is violent. Antoine pleads his case as a scorned dad and the appointed judge rules in favor of joint custody. A hostage to the escalating conflict between his parents, Julien is pushed to the edge to prevent the worst from happening.

This is what the director himself had to say about the film: “Custody is built on fear. The fear inspired by a man prepared to do anything to get back together with a woman who wants to leave him to escape his violent behavior. The character of Antoine is a permanent threat for those around him. (…) Women who have suffered domestic violence, like the one played by Léa Drucker, are always on high alert. They know that danger can surface anywhere, any time, and no one is safe.”

Xavier Legrand was born in France in 1979. He studied drama at the National Conservatory of Paris. He performed for several directors in plays by Chekov, Shakespeare, Harold Pinter, Michel Vinaver and Peter Handke, and for Philippe Garrel, Laurent Jaoui, Benoit Cohen and Brigitte Sy for the screen. His first short as a director, Just Before Losing Everything, was selected in more than 100 festivals. The film was Oscar-nominated in 2014.