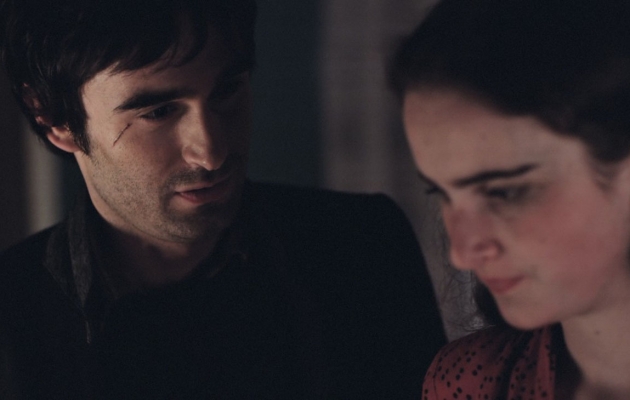 It is 1992. Dina is still a little girl, who lives in a small Georgian village in the Caucasus Mountains. Her grandpa has already chosen a husband for her. However, when handsome Gegi comes back from the war, he is quickly noticed by Dina. They soon fall in love with each other and decided to run away together. Their child is born far away from their family home. Unfortunately, Gegi dies quite soon, and his beloved wife must rely on herself. Being a widow, she must accept a marriage proposal from the first man who does so, according to tradition. Dina must now abandon her former life and the child she loves so much...

Dede is a touching story about a woman struggling to overcome the limitations imposed by a community living in the traditional way, which leaves no room for being different and independent.

Mariam Khatchvani was born in Ushguli, Svanati and she studied film directing at the Shota Rustaveli State Film University. She has directed numerous documentaries, including Verdzoba (2006), Beyond the Window (2007) and Lichanishi and Kvirikoba (2009). In 2013, Mariam made her short film Dinola and it was hugely successful and screened at over forty film festivals. Dede is her first feature film.