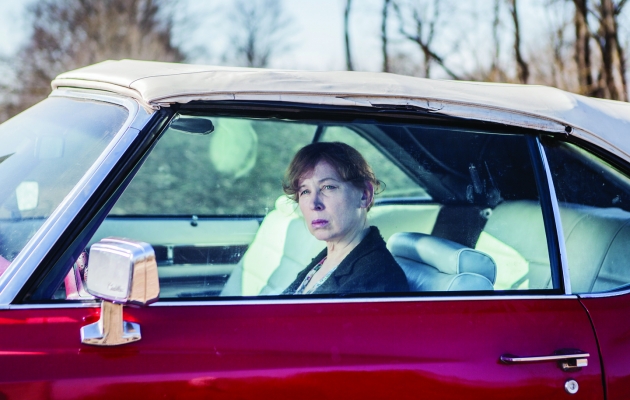 It is 1992 and Lithuania has shifted from communism to capitalism, leaving the small nationalised pig farm managed by Irena, in dire straits. With the farm on the brink of closure, a handsome American, Bernardas, arrives, claiming that the pig farm once belonged to his parents, who were forced into exile during World War Two. He buys the farm, promises a new start and assures Irena that she can stay. Bernardas stays true to his word and his investment sees life with the village improving; but as his popularity grows, the villagers no longer want to listen to their old boss. Suspicious of his real intentions, Irena starts spying on Bernardas and catches him frantically digging up the foundations of the farm. When confronted, he tells her his family secret: his parents buried a trove of treasures before being forced to leave. Falling for his charms, Irena agrees to help Bernardas dismantle the farm in search of the treasure, only to discover there is no gold, just trinkets, photographs and memories. With the farm destroyed, Bernardas dreams of riches are at an end, but for Irena, life promises a new twist…

Eglė Vertelytė has a bachelor‘s degree in History after finishing Vilnius University and has studied Art Studies at Vytautas Magnus University. She continued her studies in European Film College, where she has made her first short films. In 2012 she finished National Film and Television school and gained MA in screenwriting and script consulting. Together with her colleague creative producer Lukas Trimonis they have opened a company iN SCRiPT.