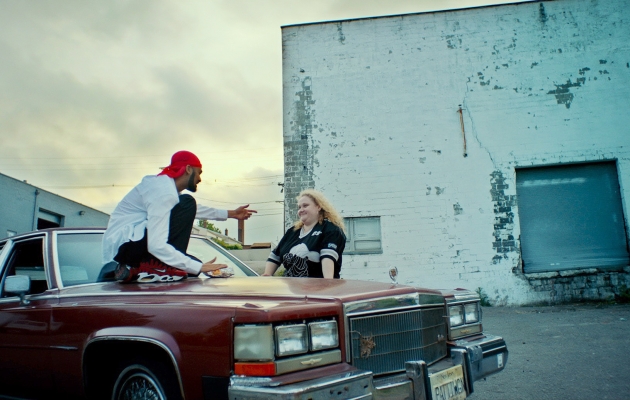 Fighting an unlikely quest for glory in her downtrodden hometown in Jersey where her life is falling apart, Patti tries to reach the big time in the hip hop scene with original and affecting music. Cheered on by her grandmother (Cathy Moriarty) and only friends, Jheri (Siddharth Dhananjay) and Basterd (Mamoudou Athie), Patti also shoulders her mother's (Bridget Everett) heartaches and misfortunes.

Geremy Jasper is a writer, director, and composer born and bred in North Jersey. He co-directed MTV VMA–nominated videos for Florence + The Machine and Selena Gomez. His direction for the Target Kaleidoscopic Fashion Spectacular won a Gold Lion in Cannes and was inducted into MoMA's permanent collection. Patti Cake$ is his debut feature film.