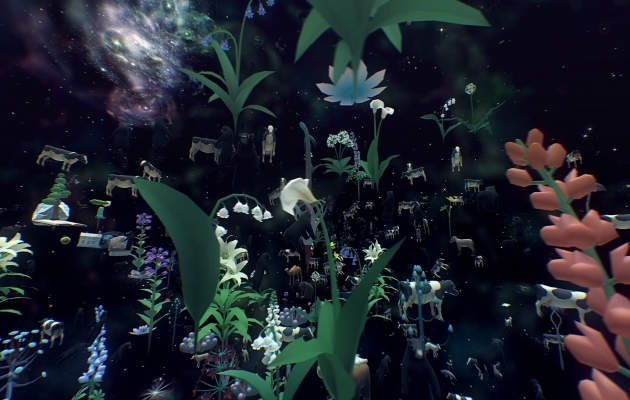 Viewing Everything involves traveling through the Universe and seeing it from different points of view. It has elements of role playing games, sandbox, and simulation. The systems connecting the game are designed to create moments of peace, beauty, sadness, and joy.

David O’Reilly was born in Kilkenny (Ireland) in 1985. He is an filmmaker and artist based in Los Angeles, California. He has created several 3D animated short films and has written for the television shows Adventure Time and South Park. He also created fictional video games for Spike Jonze’s film Her.