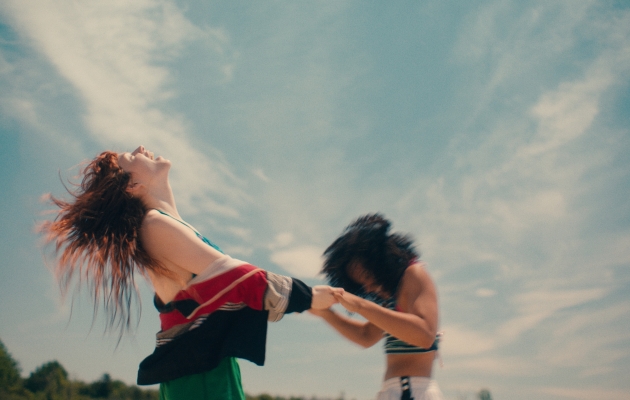 Lou and her best friend Chantal plan to get out of their isolated, run-down town and move to a city far, far away. When Chantal’s unstable and possessive ex violates her during a night of partying, the girls decide to exact their revenge on him through a night of vandalism and debauchery. The consequences of their actions are devastating, threatening the girls’ chances of ever leaving. The more Lou fights tooth-and-nail to save her friendship and hold onto her dreams, the more she spins out of control as she begins to realize that freedom will come at a high cost.

Jasmin Mozaffari was born in Saskatoon (Canada). She graduated from Ryerson University’s Film Studies Program in 2013. While attending Ryerson she was a recipient of various awards including the HSBC Filmmaker Award for Best Director, and Norman Jewison Award for Best Film Production. Jasmin was also a recipient of the Irving Avrich Fund at the TIFF in 2015, awarded to 10 emerging Canadian filmmakers.