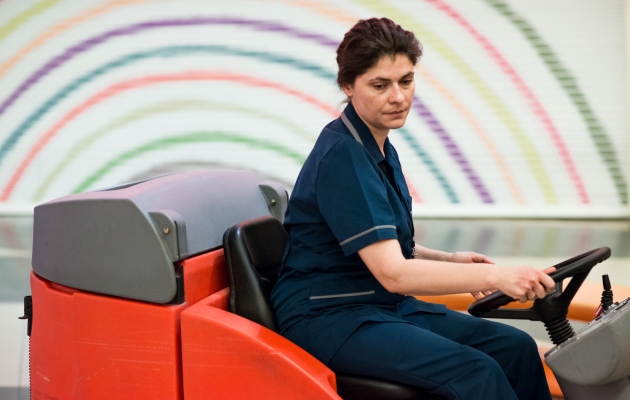 Panayiota, a 37-year-old illiterate housewife, leads a quiet life with her husband and their children in a modest neighbourhood in Athens, Greece. To cope with the recession that has been affecting her family for some time, Panayiota for the first time in her life, finds a job as a cleaner in a shopping mall. Despite the ruthlessness of her work-environment, Panayiota breaks free from domestic monotony and gradually gains the respect she never had from her family. When a series of layoffs starts, she will have to face again her personal dead ends. But Panayiota cannot be the same anymore.

Nikos Labôt studied film direction in Athens, Greece. He has worked as an assistant director in feature and short films in Greece and France. He has shot music videos, 3 short films and a creative documentary. Her Job is his first feature-film as a director.