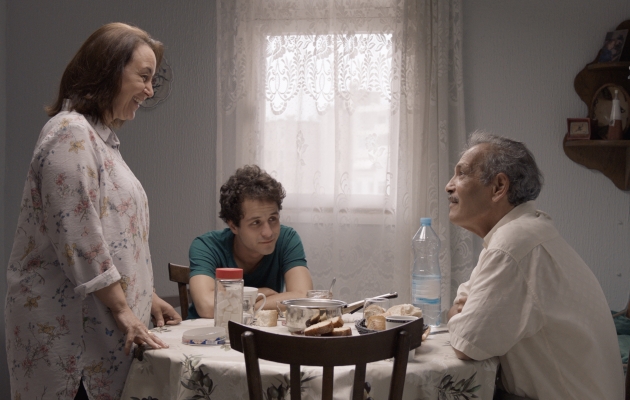 Riadh is about to retire from his work as a forklift operator at the port of Tunis. The life he shares with his wife Nazli revolves around their only son Sami, who is preparing for his high school exams. The boy's repeated migraine attacks are a cause of much worry to his parents. But when he finally seems to be getting better, Sami suddenly disappears. He leaves a short note stating that he is going to Syria to join a jihadist group. His parents are heart-broken and find it hard to believe. Riadh is so desperate that he borrows money in an effort to track his son down...

Mohamed Ben Attia was born in Tunis in 1976. He studied audiovisual communication at the University of Valenciennes in France after graduating at the Institut de Hautes Etudes Commerciales (IHEC) in Tunis in 1998. He has directed five short films. His first feature Hedi in 2016 wins the Best First Film Award and the Silver Bear Best Actor at the Berlinale as well as great critic and audience acclaim around the world. The film was released in more than twenty countries.