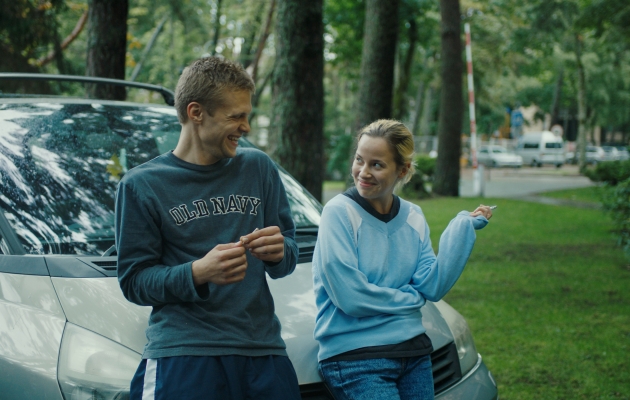 An ambitious psychologist, Indre, accepts to transport two patients to a seaside psychiatric unit. Outgoing Paulius is a young man whose manic stage of his bipolar disorder stands in great contrast to the introvert Juste whose wounds are hidden from sight. While all three characters are fighting their own inner battles, the unlikely journey will bring them closer to each other… This bittersweet story — just like summer — is full of hopes, surprises and the promise that anything is possible.

As the director admits: “I’ve made Summer Survivors since there is still a big stigma regarding mental health issues, not only in Lithuania, but in the whole world as well. It was essential for me to accurately portray the diagnoses that I chose for my characters in careful details, and also to show that having a mental disorder is just as natural, as having any other physical illness”.

Marija Kavtaradze was born in 1991. She is film director and scriptwriter. She graduated from Lithuanian Academy of Music and Theatre, Film Directing studies in 2014. One of her latest short fiction film I’m Twenty Something (2014) won best student film at Lithuanian Film Academy Awards Silver Crane 2015. Marija Kavtaradzė also co-written the feature film The Saint (dir. Andrius Blazevicius). Considered to be one of the most talented upcoming filmmakers in Lithuania, Marija Kavtaradze was granted support from Lithuanian Film Centre for her debut feature film Summer Survivors.