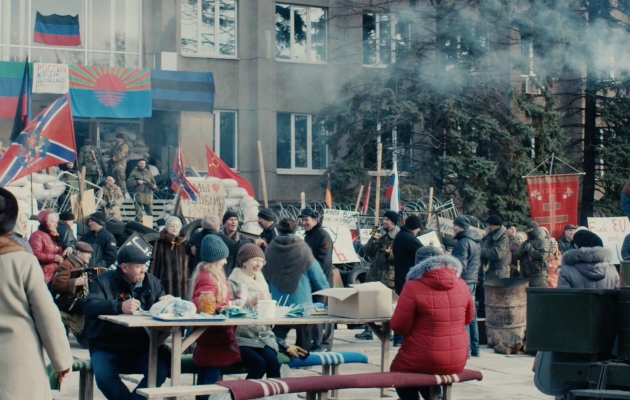 New Russia, a phantom state ruled by warlords, which owes its existence solely to the support of mythical Mother Russia. Here, propaganda is the truth, war is peace, and people declare hate to be love. Loznitsa has made a thoroughly modern film. He refers to the way in which we perceive the world today ― it is often a patchwork made of tens of short videos, which we are scrolling through with growing indifference. The film is divided into 13 segments, and becomes a gallery of peculiar characters, which offers a shocking finale. Donbass is a story about modern humanity and civilisation in the era of post-truth and fake news, which ― in fact ― becomes a story about every one of us.