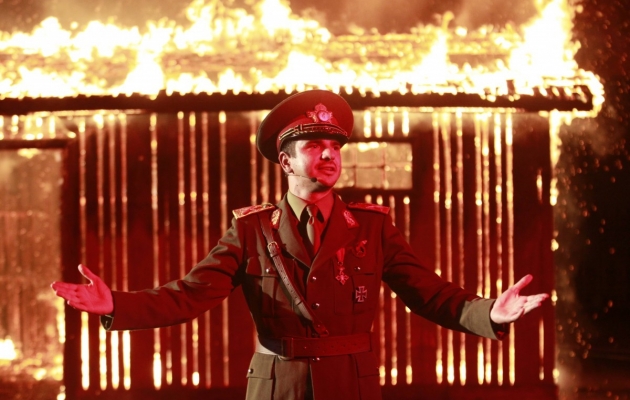 “I do not care if we go down in history as barbarians.” These words, spoken by Ion Antonescu at the Council of Ministers in the summer of 1941, started ethnic cleansing on the Eastern Front, for which Romanian soldiers are to blame. Mariana Marin, a young theatre director, wants to make a film, in which she intends to reconstruct the siege and capture of Odessa in 1941, by the Romanian army, which ended in the murdering of thousands of Jews. This ambitious and inquisitive artist soon learns that the actors she hired for the film shun her, while Movila, a local official, puts a pressure on her.