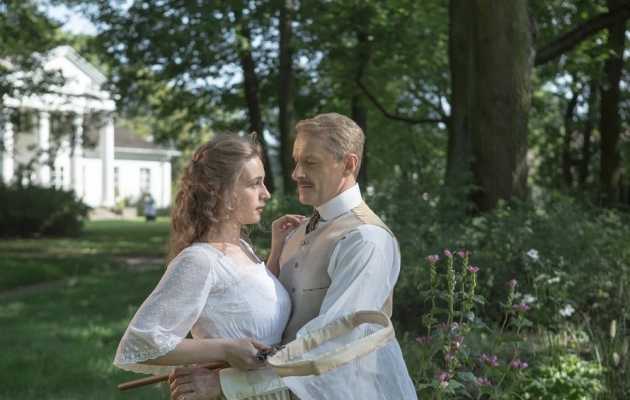 It is the beginning of the 20th century in Podolia. The local physician (Jacek Poniedziałek) has a passion for studying ether, which is a substance that relieves pain and makes one lose their consciousness, which is both mysterious and lethally dangerous. When a young girl falls victim to its power, the physician is sentenced to death. He manages to escape the hangman’s noose. He finds a job in the area of Poland under Austrian rule, in a military fortress controlled by a commanding officer (Andrzej Chyra). In addition to his official practice, the physician returns to his experiments conducted on his own, both on the living and the dead — these experiments are becoming weirder and weirder. He is obsessively trying to broaden his knowledge about ether to control and manipulate the pain, desire, and will of those affected by it. What price will the physician pay for attempting to control the human mind?

Krzysztof Zanussi was born in 1939, in Warsaw. He studied physics at the University of Warsaw, and philosophy at the Jagiellonian University. In 1967, he graduated from the Film and TV Direction Department of the Film School in Lodz. He is considered one of the most famous and award-winning filmmakers, who won the Golden Lion in Venice, in 1984, among many other awards.