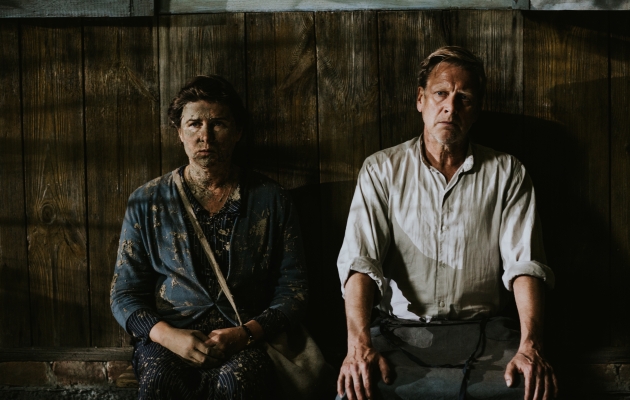 Pardon is a story set in the post-war reality of Poland. It portrays parents undergoing a difficult period of mourning, who set on the very last journey with their son. The story is told from the perspective of Jan, their grandson. In the autumn of 1946, Urząd Bezpieczeństwa (Secret Political Police) kills Wacław “Odrowąż” Szewczyk, a former soldier of the Polish Home Army (AK), son of Hanna and Jakub. After suffering a string of humiliations from the new political authorities, who have desecrated the body of their son, Hanna and Jakub decide to bury him in the proper manner, in the town of Kalwaria Pacławska, 500 kilometers away. The journey of the parents through Poland, still plunged in the nightmarish post-war reality, becomes a metaphorical journey deep into a human soul, and an attempt to redefine humanity in a world, where neighbours turn against each other, and one’s former enemies are now their allies, all of a sudden.

Jan Jakub Kolski was born in 1956, in Wrocław. He is a director, screenwriter, operator, and one of the most interesting filmmakers in Poland. His portfolio includes between ten and twenty feature films. In 1985, Kolski graduated from the Faculty of Cinematography at the Lodz Film School. He started his film career from making short films. In 1993, he gained a nationwide popularity with Johnnie Aquarius aka Johnnie Waterman, which won him Paszport Polityki (Polityka's Passport), in 1994.