The Opening Concert of Tofifest 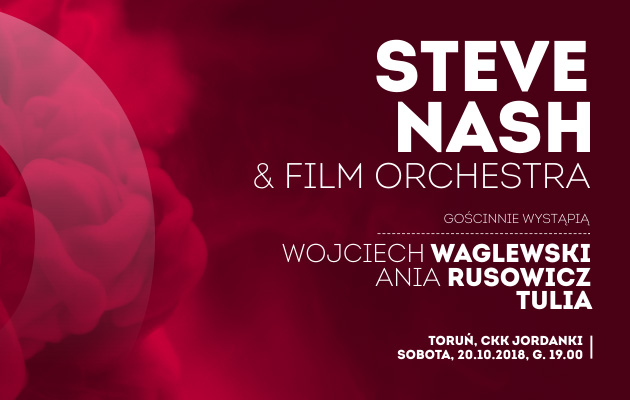 It is already a third year in a row for the TOFIFEST International Film Festival to open with a concert dedicated to film music.

Toruń will become a meeting place for such notable artists as Wojciech Waglewski ― an icon of modern Polish music, Anna Rusowicz ― a singer experimenting with various vocal forms, and Tulia ― this year’s phenomenon and a band that conquered the Internet with their folk style interpretations of songs by Depeche Mode and Dawid Podsiadło. The entire enterprise will be under the control of Steve Nash ― a composer, producer, pianist, and a three-time DJ world champion, whose unique music arrangements are going to take us on a journey into the unknown, and reveal a new and rebellious face of film music.

Can one imagine Cold War by Paweł Pawlikowski without the song Two Hearts sung by Joanna Kulig? Would watching The Art of Loving: The Story of Michalina Wislocka by Maria Sadowska would ever be the same, if it were not for the song What I Am to Believe In? performed by Anna Rusowicz and Mitch&Mitch, which keeps recurring in the film as it leading theme? Would we remember Bright Blue Windows the same, if Wojciech Waglewski and Katarzyna Nosowska had not sung Piosenka kobieca in the film, together? Without these songs, all three films would be entirely different… And it is as much difficult to image them without that music setting, as it is to imagine a concert dedicated to film music without the images that will accompany the performers and musicians, in the form of visualisations produced specifically for the purpose of the concert in Toruń.

Each of the artists to perform on stage will present their original interpretations of film music, thus reminding us that music composed for films is something more, than just a background to the actions happening on the screen. The songs you are going to hear during the concert will have a new original sound, and they will become a passage to both joy and reflection, the two of which are the most important ingredient of TOFIFEST.

APATOR S.A. IS THE EXCLUSIVE PARTNER OF THE “ENERGY OF FILM MUSIC” SECTION