Song of the Road 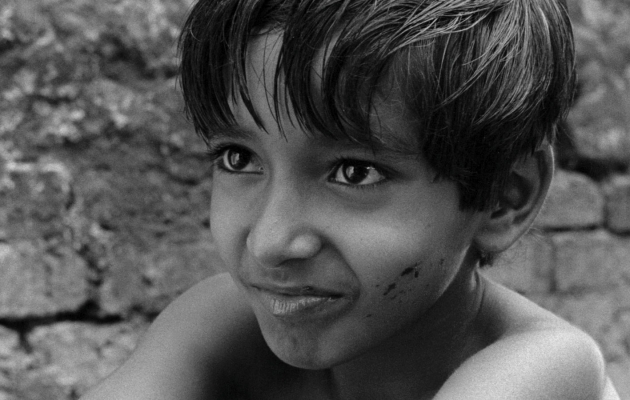 Song of the Road is the début film by Satyajit Ray, an outstanding Indian film director. It is based on the famous Bengali novel penned by Bibhutibhushan Bandyopadhyay, published in 1929. The film is considered to one of the most important and the most beautiful one in his entire film work ― it is the first part of the Apu Trilogy, which he initially did not intend to make. Under the influence of Italian neorealism, Satyajit Ray intentionally gave up any studio work, hired a number of non-professional actors, all of which resulted in the creating of a uniquely genuine world that appeals to the sensitive viewer. He achieved perfection in capturing the nature of life in a Bengali village, portraying the beliefs and traditions of its inhabitants, the many rituals they perform, or a traditional theatre performance. Nonetheless, Apu and his family ― father Harihar, mother Sarbojaya, and sister Durga ― remain in the very centre of the film.