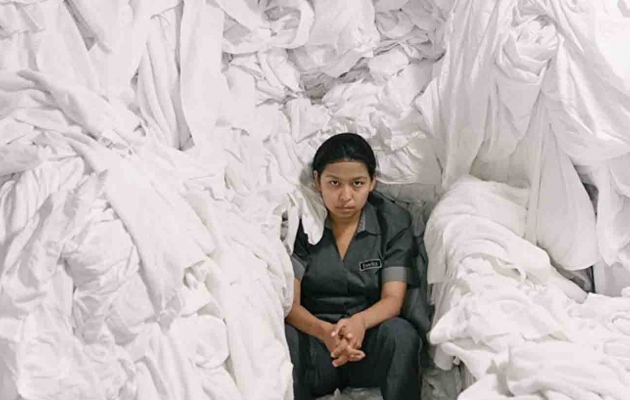 The Forward section celebrates its return to TOFIFEST, after its absence for a number of years. Once again, it has become one of the essential sections of the festival, since it complements the On Air main competition, in its own peculiar way. The films presented in the section represent crème de la crème of artistic cinema, often genuinely independent, but above all one that makes you think and talk about at length.

This year, the Forward section contains six unique film productions, the majority of which is the work of debutants. Surely, one can call such cinema innovative and sophisticated. The Chambermaid (directed by Lila Avilés) and The Swan (directed by Ása Helga Hjörleifsdóttir) are both films carrying a powerful emotional charge, discussing the themes of courage and looking for one’s own identity. An Elephant Sitting Still (directed by Hu Bo) is a truly thrilling film and a breath-taking production made with panache, surprising in both its structure and the visual layer. As for Irina (directed by Nadejda Koseva) and Sashinka (directed by Kristina Wagenbauer), both of them comment on difficult social topics, and touch upon the issues focusing on family relations. The final element that complements the section is the latest film by Olmo Omerzu, Winter Flies, a combination of beauty and subtlety, which has brought the director an Ecumenical Jury Award at this year’s Karlovy Vary IFF.