Cinema is an actress 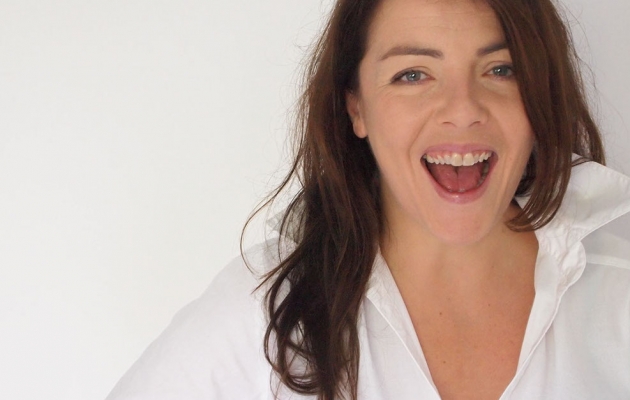 Last year, at TOFIFEST, during a meeting promoting the third volume of the Actresses. Discoveries series of books, which at that time had only just landed on the shelves, and with the participation of Malgorzata Kozuchowska, one of the women featured in the book, I was surprised to see both a record attendance and the quality of questions the audience asked, their openness, and genuine admiration for the art of performance. “This city really loves actors,” I thought back then.

A year has passed, but I have more “actor-related” surprises waiting for me in Toruń. I will not only have the honour of sitting on the jury, but Kafka Jaworska, director of TOFIFEST, has made an offer that I run a special original section ― of course ― under the name Actresses.

The Actresses series of books has brought many positive changes in my professional life. The book has sold in tens of thousands copies and received fantastic reviews; I have had meetings with readers, and on top of all that received prestigious awards, including the most important one – an Award of the Polish Film Institute in the “Film Book of the Year” category. Thanks to Actresses, I had the opportunity to travel the length and breadth of Poland many times and meet wonderful readers, who are passionate about theatre, cinema, and the art of performance.

This year, the beautiful city of Toruń joins the list of places I have visited. During the festival, I will not only have meetings with the heroines featured in all three volumes of the book, including Anna Radwan ― a heroine in Portrety (and also cast in The Butler by Filip Bajon), or Urszula Grabowska, but I will also talk to many other female artists about their acting performances and the extraordinary female characters we could see in films released this season. This is the reason to include Tower. A Bright Day with the roles of Małgorzata Szczerbowska and Anna Krotowska, Nina directed by Olga Chajdas ― the winner of the Visions Apart Competition at the Gdynia Film Festival, featuring brilliant roles performed by Eliza Rycembel and Julia Kijowska, and also Matilda ― an extremely interesting period drama by Aleksei Yefimovich Uchitel, featuring a magnificent role by Michalina Olszańska, in the programme of my section. As part of the section, there will be a pre-release screening of Memories of Summer by Adam Guziński, featuring an exceptional role of Urszula Grabowska, and A Cat with a Dog, an auto-biographical film by Janusz Kondratiuk, featuring Aleksandra Konieczna, who won an award during the last edition of the Gdynia Film Festival ― in the film, she portrays Iga Cembrzyńska, who happens to be one of the heroines in the book Actresses. Portraits.

It is certainly great joy to spend this unique festival week in Toruń, in the company of my beloved actresses, and the same trying to show you that Polish cinema is (also) an actress. That it is also a woman. One that I find fascinating and enchanting every single day.