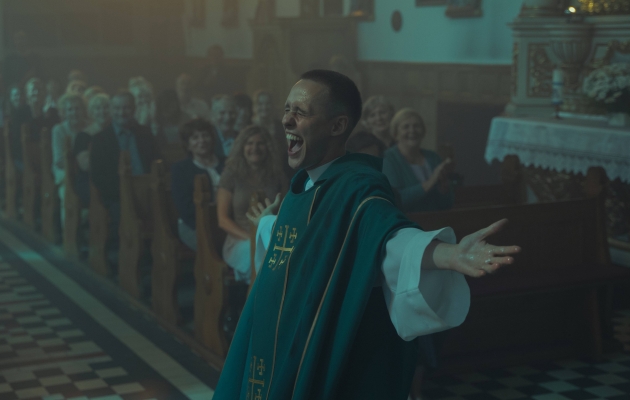 It is a story about 20-year-old David, inspired by true events. While detained at a juvenile detention centre, the boy experiences a spiritual transformation and dreams in secret of becoming a priest one day. After doing a few-year stretch, the boy is released on parole and assigned a job at a carpentry workshop. He fails to get there, because his impossible dream drives him to go to a local church, where he befriends a parish priest. One day, when the parish priest is away, the boy seizes the unexpected opportunity to perform liturgical services in the small town, disguised as a priest. His methods of evangelization stir up controversy among the residents from the very beginning, especially in the eyes of the rigorous sacristan woman Lidia. As time passes, the teachings and charisma of the false priest start to win the hearts of the people who have not yet recover from a tragedy that struck the local community a few months before.

Jan Komasa is a film director and screenwriter, and a graduate of the Lodz Film School. His short film Nice to See You won the 3rd prize in the Cinéfondation section of the Cannes IFF. His full-length début Suicide Room had its première in the Panorama section at Berlinale IFF. His successive film, the war drama Warsaw 44, was ma great box office hit and gave the director many award, for example Polityka’s Passport.