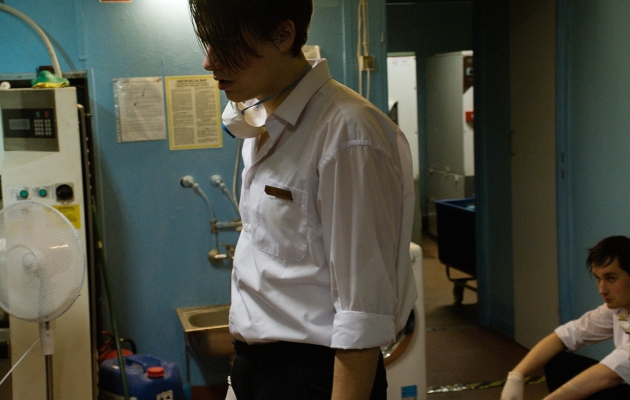 Monument is a hypnotic and terrifying story about a group of students of hotel management, who arrive late at night at a mysterious hotel, where they will have their internship. They quickly learn that the place is far from being just a regular hotel. The despotic manager deprives the students of their names and forces them to perform activities they do not understand. Although the students quickly realise that something if off around here, what they do not know is that in this hotel time is a relative phenomenon, and space becomes an impossible figure.

Jagoda Szelc was born in Wrocław, in 1984. She is a film director and screenwriter. In 2007, she graduated from the Faculty of Graphics and Media Art at the Eugeniusz Geppert Academy of Art and Design in Wrocław, and in 2016, from the Film and TV Direction Department at the Film School in Lodz (she received her diploma in 2018). Since 2010, she has directed a couple of short films and documentaries. In 2018, she received Paszport Polityki (Polityka's Passport) for her feature début titled Tower. A Bright Day.