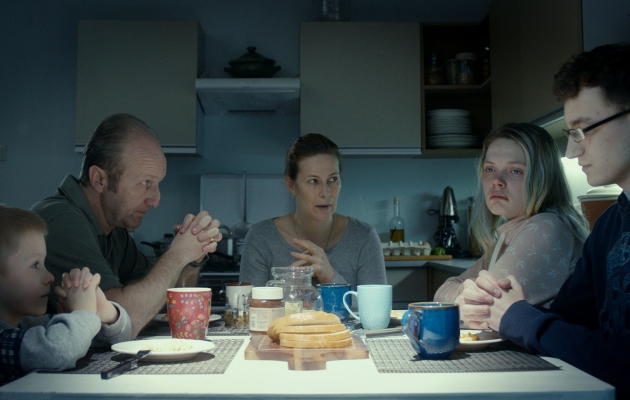 Back Home is a story inspired by actual events. The protagonist is Ula, 19, a young girl from a small town, who was kidnapped and forced into prostitution in Germany. After two agonising years, she manages to escape and returns to her home town only to find out that she is no longer accepted by the community. She fails to find support event in her close family. Although wronged both mentally and sexually, Ula is far from accepting the role of a victim. She rebels against the ubiquitous hypocrisy of the community. Everybody around her declaratively follow the Christian principles of brotherly love, but in reality they all ignore them in real life. To top all that, the Christian concept of mercy is entirely misconceived and false, as it gives room for hurting others under the banner of faith. Even the ones dearest to you.

Magdalena Łazarkiewicz completed culture studies at the University of Wroclaw (1976). In the years 1977–1978, she was an art director of the Stefan Jaracz Theatre in Olsztyn. In 1982, she graduated from the Krzysztof Kieślowski Faculty of Radio and Television in Katowice. She has directed numerous theatre and television productions, documentaries and feature films, and TV series.