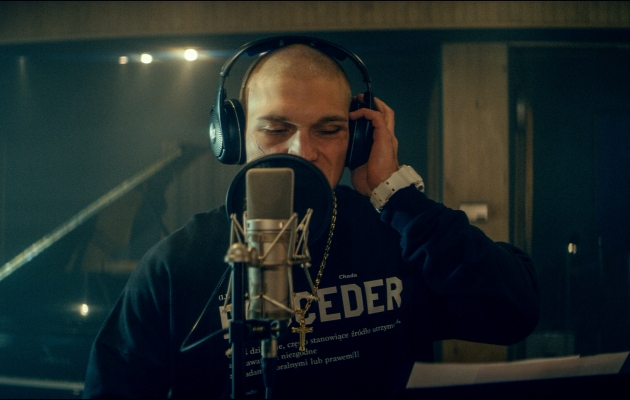 Proceder is a touching story of rapper Tomasz Chada (1978–2018), a boy originating from bleak apartment buildings, who had the soul of a poet and a true gift of getting into serious trouble. Chada, who was true and brutally honest in his lyrics, died in unclear circumstances, leaving behind his shock-stricken fans and a girl he loved. Music was the essence of his life, both his passion and a world to which he escaped, when the reality around him did not have much to offer.

Michał Węgrzyn was born in 1978, in Nowy Sącz. He graduated from film studies at the Jagiellonian University in Kraków and from the Department of Photography & Television Production at the Lodz Film School. He made his début with a short documentary titled Zaszumiał, powiał (2003) ― the film won many awards at film festivals in Poland. His directing début in the realm of full-feature films was Wybraniec (2013), a story about in vitro. In 2015, he completed his sophomore feature film — The Story of a Woman.