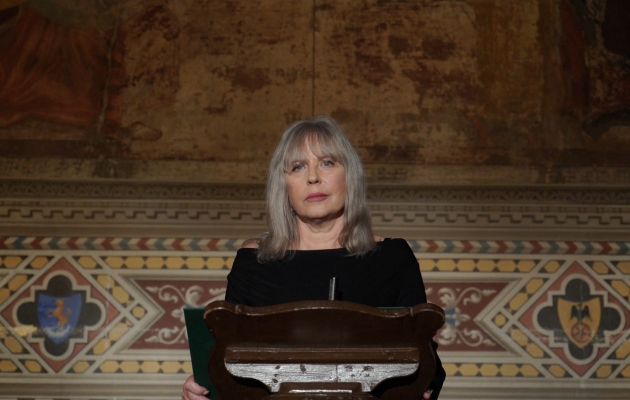 The film is set in the Etruscan town of Volterra. Maria, a Polish poet, winner of the Nobel Prize, and a moral authority, has lived here for many years. Her life has remained in agreement with the rhythm of this Italian countryside, until her relationship with the husband and daughter starts to deteriorate, and she indulges herself into a romantic love affair with Nazeer, a young immigrant. Standing at the crossroads where her free spirit meets with her ageing body, Maria tries to redefine her role in the fast-changing reality. Upon receiving shocking news about a terrorist attack in Rome, the world of the protagonists in the film goes topsy-turvy. Following the attack, Maria comments on it in a very controversial way, in public, and returns the Nobel Prize, which sends shock waves not only in the small town where she lives, but also in the whole of Europe. Her uncompromising nature and rebellion against political correctness will bring about dramatic consequences...

Jacek Borcuch was born in 1970, in Kwidzyn. He is a film director, screenwriter, and actor. He studied philosophy at the University of Warsaw and acting at both the Aleksander Zelwerowicz National Academy of Dramatic Art in Warsaw and the D. Baduszkowa Acting Studio in Gdynia. Back in 2010, his film All that I Love became a sensation at Sundance FF and was the first ever Polish film screened as part of the “World Cinema” competition.