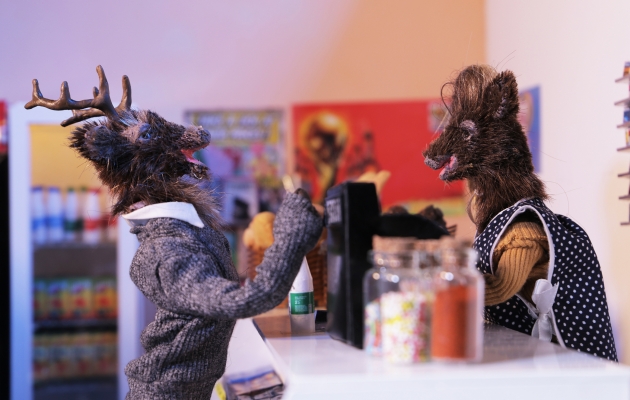 Roadkill is a stop-motion animated thriller. In the world where deer are the dominant species, one alpha male goes for an evening car ride and has an unfortunate car accident. Animation.

Leszek Mozga was born in 1983, in Łódź, Poland. In 2005 he moved to London, UK where he worked for several years as Animator and Graphic Designer. In 2019 he graduated with Master of Arts in Animation from London College of Communication. Currently he lives in South London, where he began work on his next film Don't Weather the Storm (working title).