Day I Lost My Shadow, The 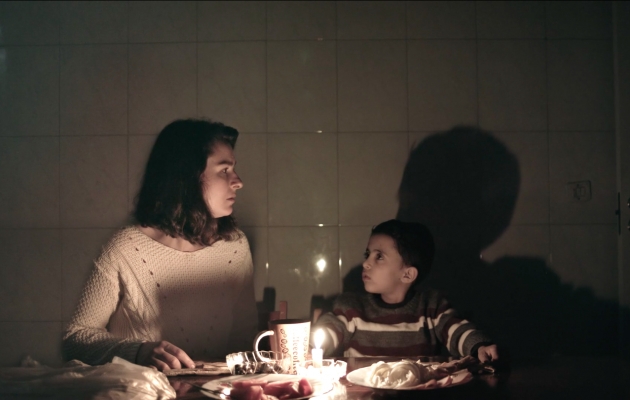 As winter hits hard in Syria, all Sana wants is to cook a hot meal for her son. When a seemingly simple errand in search for gas goes awry, Sana is dragged deeper into the conflict, where people lose their shadows…

As director put it: „The film alternates between different levels: reality, dreams, illusions and hyperrealist universe. In this film, I have showed how losing a shadow is a traumatizing experience that is reflected through a magical realism concept.”. And she adds: “This film was written in a country where tomorrow is an unimaginable thought. What is tomorrow if you are living under constant bombing? (…) That’s why the film doesn’t try to predict or talk about the future. It limits itself in three days of Sana’s life, in a precise moment of Damascus history.”

Soudade Kaadan is a Syrian director, born in France. She studied theater criticism in the Higher Institute of Dramatic Arts in Syria and graduated from Saint Joseph University in Lebanon. She directed and produced documentary films for Aljazeera documentary channel, UNICEF and BBC Media Action. Her films have screened at several venues nationally and internationally and have received international awards.