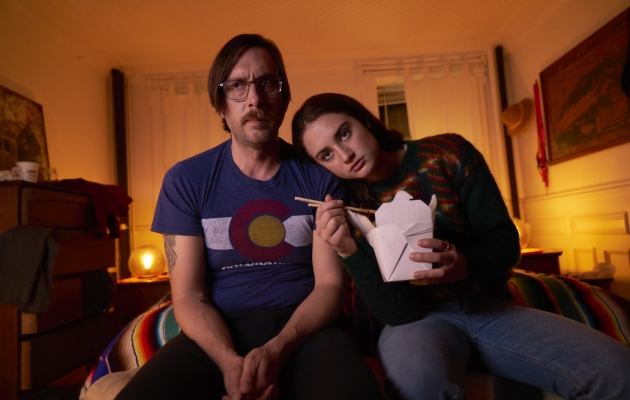 Set in current day Brooklyn, Good Posture is the story of Lilian (Grace Van Patten), a lazy but charming and beautiful young woman who, having broken up with her boyfriend has been placed into the care of family friend and famed reclusive author, Julia Price (Emily Mortimer). To impress her ex-boyfriend, and the other cynics around her, Lilian suddenly decides to make a documentary on Julia — albeit an unauthorized one — with surprisingly amusing results.

Dolly Wells was born in 1971 in Merton. She is a UK writer and actress who starred in Doll & Em, which she co-created with Emily Mortimer for HBO. Dolly can most recently be seen on screen in the critically acclaimed film Can You Ever Forgive Me? opposite Melissa McCarthy. Upon relocating from London to New York, Dolly worked as the lead in Lake Bell’s I Do…Until I Don’t, Reese Witherspoon’s best friend in Home Again, Andrew Haigh’s 45 Years and Bridget Jones’s Baby. Good Posture is her directorial début.