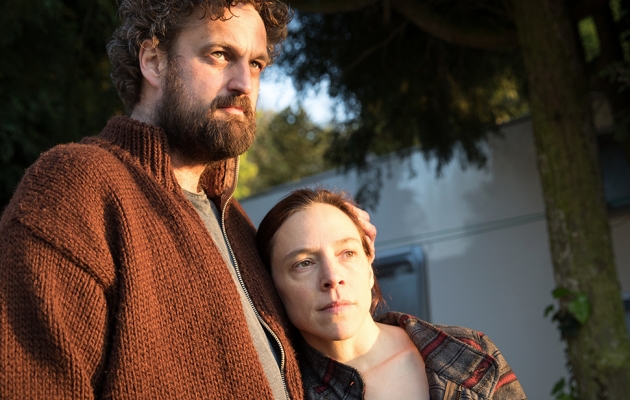 Mette (Circé Lethem) is in the final phase of her rehabilitation, when one day Miller (Lien Wildemeersch) pays a visit, trying to get Mette to testify against Frank; Miller’s boyfriend who apparently put Mette in a wheelchair. Mette can’t seem to remember anything. Then, left alone and in a haze of medication and increasing anxiety, she has time to reminisce.

In an escalating puzzle-like narrative, we inhabit Mette’s consciousness and see the events in the film unfolding through her fractured memory…

Esther Rots (1972, The Netherlands) graduated from the Academy of Fine Arts in Arnhem and studied at the Netherlands Film and Television Academy in Amsterdam. Two of her short films were shown in the official short film selection of the Cannes FF: Play with Me(2002) and I Sprout (2003). Her acclaimed debut feature film Can Go Through Skinpremiered in 2009 Berlinale in the Forum section.