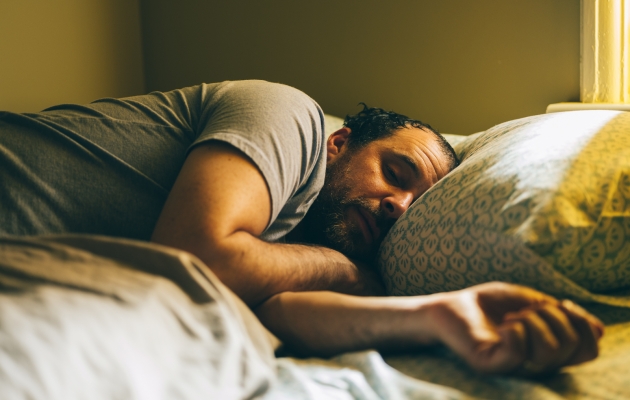 At 46, Dubliner Colm (Tom Vaughan-Lawlor) has a comfortable life: a managerial job in the city’s docks, two healthy teenage children, and a kind, loyal wife in Claire (Monica Dolan). After the death of his father, a destructive figure, Colm’s emotional life cracks open, and his downward spiral continues when he is made redundant. Drinking heavily and unable to confide in Claire, Colm finds himself drawn to Jay (Tom Glynn-Carney), a 19 year-old who dabbles in prostitution. Their sexual encounters and tentative friendship become Colm’s only solace from the pressures he feels ― but this recklessness puts his family-life at risk…

Peter Mackie Burns was born in Glasgow, Scotland. He studied at the Royal Scottish Academy of Music and Drama and completed his MA at Goldsmiths’ College, London. He later studied screenwriting at the Binger Film Lab in Amsterdam. Peter worked in theatre directing new work before his short film Milk won the Golden Bear at Berlinale 2005. Peter’s debut feature film Daphne premiered at Rotterdam IFF 2017. Rialto is Peter’s second collaboration with The Bureau, which has received its world premiere in the Venice FF 2019.