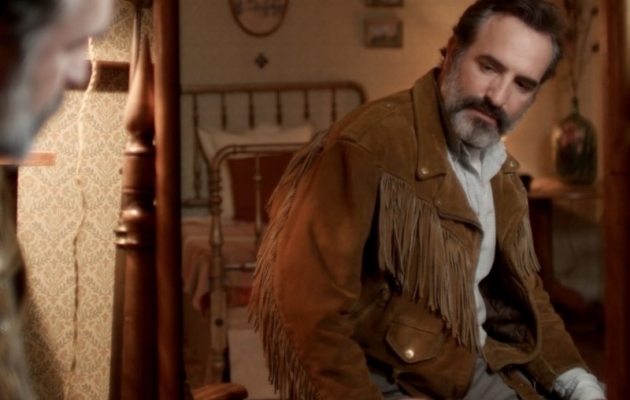 The protagonist in this black comedy by Quentin Dupieux is... a fringe jacket. It becomes a fetish for a certain George, a man whose life is a failure, and buying this suede jacket gives him an idea of becoming a famous filmmaker. Having spent the last of his money, the man wanders around the French countryside and each day brings him closer to going completely mad. He pesters people, talks to the fringes on his jacket, then grabs a camera and mooches along the hills. A local barmaid falls prey to the web woven from the man’s fantasies, made-up things, and plain lies, and spends her nights cutting and editing old films.