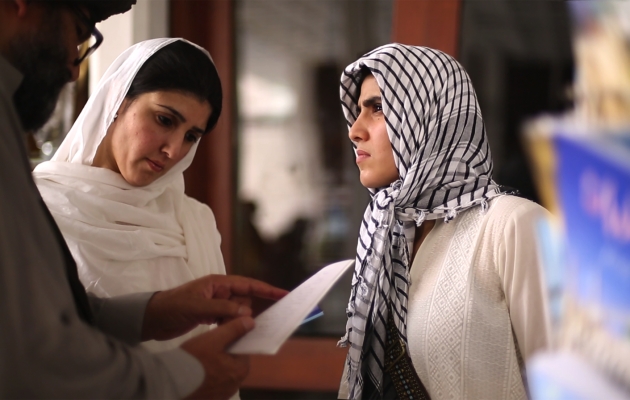 The Rebels section which came to life in 2018 is now continued as an element of the programme of the 17th edition of the TOFIFEST IFF!

Following the leading theme of the festival, which circulates around the idea of rebelliousness and focuses on the critical social problems, we take this opportunity to pay tribute to female heroes from all over the world, those ordinary and at the same extraordinary women, courageous and stubborn.

The Rebels section was designed to make you familiar with their fates, struggles, courage, strength, and unbreakable spirit. The section includes a documentary dedicated to Janina Ochojska, the charismatic head of Polish Humanitarian Action (PAH), or a film about the first ever all-female yacht crew, who decided to take part in the prestigious and extremely dangerous yacht race Whitbread Round the World Race, and many more. You will see a documentary film about Yana Zinkevych, creator of a local medical team in Ukraine, and a film about Nadia Murad, a survivor of the genocide of Yazidis in Iraq, who has found the strength to tell the world about her tragedy and become the voice of her community.

We wish for these and many other stories to become a testimony to the steadfastness of those women, but also an inspiration for all women in the world.