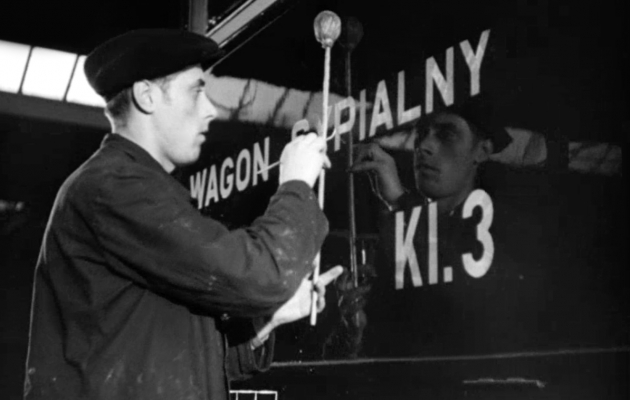 The Warsaw Documentary Film Studio located at ul. Chełmska 21 in Warsaw has already been active for 70 years! It was founded in 1949, first as a producer for documentary filmmakers and newsreels for the Polish Film Chronicle, and then expanded its capabilities with the production of feature films. Today, it is one of the most important spots in the map of Polish cinematography and a thriving cultural institution.

Ulica Chełmska (Chełmska Street) was a birthplace for the most important trends in Polish documentary cinema. It was the cradle of the first post-war film productions, the legendary “Black Series,” documentaries made in 1960s, 1970s, 1980s, during the time of political changes at the beginning of 1990s, and the famous newsreels of the Polish Film Chronicle. The studio produced films made by such luminaries of Polish documentary cinema as: Andrzej Munk, Jan Łomnicki, Tadeusz Makarczyński, Ludwik Perski, Maria Kwiatkowska, Władysław Ślesicki, Kazimierz Karabasz, Jerzy Hoffman, Edward Skórzewski, Marcel Łoziński, Paweł Kędzierski, Andrzej Brzozowski, Andrzej Titkow, Irena Kamieńska, and many, many others.

The Warsaw Documentary Film Studio can also boast about its outstanding achievements in the field of film production. The halls, laboratories, and cutting-rooms of the studio were involved in the production of the most famous films by Andrzej Wajda, Jerzy Antczak, Krzysztof Zanussi, Krzysztof Kieślowski, or Jerzy Hoffman. However, the Studio is not only open to the masters of cinema, as it gives special attention to those taking their first steps in the world of cinema. Some of the recent productions made by debuting filmmakers include The Lure, directed by Agnieszka Smoczyńska, The Girl from the Wardrobe by Bodo Kox, or Mall Girls by Katarzyna Rosłaniec.

The Warsaw Documentary Film Studio is also involved in co-production and supports tens of new film productions. Assuming the role of an originator and producer, it carries out educational activities and creates original audio-visual formats, which include, for example, a series of adaptations of contemporary Polish playwrights under the name Teatroteka, or a series of unique educational films named History in Animated Images.

It is worth emphasising that the father of the success and renown of the Warsaw Documentary Film Studio is its long-time director and a very extraordinary personality, Włodzimierz Niderhaus, a great friend of the TOFIFEST Festival. He is the one who has been planning the activities of the Studio, as well as blazing and paving new trails for film productions, for many long years.

This year, which marks the 70th anniversary of the Warsaw Documentary Film Studio, this true Mecca of Polish film industry, we wish to celebrate it at TOFIFEST, in the form of a retrospective of 38 newsreels, prepared especially for that occasion, which have a thematic connection with this year’s motto of the festival: Metropolis, Mass, Machine. The Polish Film Chronicle is a phenomenon and a very important element of the history of Polish cinematography. The TOFIFEST IFF is here to bring this unique phenomenon back to you, paying tribute to the cradle of the Polish Film Chronicle.